Going On That Quest, One More Time 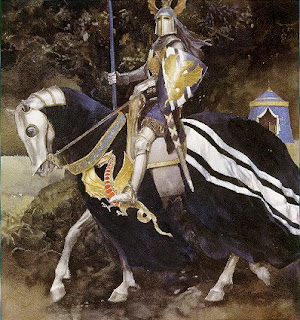 Writing a book is like going on a quest. At least that's the way it seems to me. It's a long, arduous trip fraught with all manner of obstacles and temptations, with a great reward at the end. When I finished writing Surviving Matewan, I promised myself I'd take a nice long break before starting on yet another journey.

Well, that lasted about a week.

I have a new idea percolating in my head and I'm really excited about it. It's Urban Fantasy and high concept, which is unusual for me. My ideas are never high concept. So here I am, eager to go on another quest, even when I'm still smarting from the last one.

The first step is to check and see what else is out there. Has my story been told already? I'd feel terribly silly if I wanted to write about this boy wizard whose parents were killed by a villain named Moldevort.

Or to give another example, when I was preparing to write a historical fiction story for kids, my first choice of topic was the 1925 Alaska Serum Run. It's a harrowing tale, and I wanted to do a grittier, non-Disneyfied take on it. But as it turns out, there were two juvenile fiction books already coming out that year that took the exact same approach, so I looked elsewhere for my source material.

After spending several hours on Amazon, I'm happy to report that nobody seems to have the exact same idea I do. This being a high concept story, there are quite a few books on the subject, some of them famous, but my take seems to be fairly unique, so I'm going to go ahead and start work.

Writers really are gluttons for punishment, aren't we?
Posted by Melissa at 9:44 PM