When you have a scene where you're describing your character's disturbing nightmares, write the scene during the day, not at 3am. Now I'm never going to get to sleep, and yes, all my lights are on.
Posted by Melissa at 12:26 AM 3 comments: Links to this post

You Know Your Character's a Speed Demon When...

I know for a lot of writers, characters oftentimes take on lives of their own, developing quirks and going in different directions than the writer intended. For example, in Surviving Matewan, I noticed that whenever my main character, Molly Anne, picked out something she liked, it was red. Red was her favorite color. Red? By far not my favorite.

Well, it's official, in my most recent WIP, Knights of Avalon, a YA Urban Fantasy about Knights of the Roundtable reincarnated as New Jersey teens, "Arthur" is a speed demon.

How do I know? Here are the signs:

* Whenever characters drive separately from Point A to Point B, "Arthur" will always get there first.

* When "Arthur" is questioned by the police, she (yeah, Arthur's a girl in this) notes the only other run-in she's ever had with a police officer was when she was pulled over for speeding.

* Other characters are afraid to drive with her and always volunteer to drive instead.

* She worries about speed traps.

* When trying to convince another character that her car, an old beater held together by duct tape and love, is safe, she notes she's had several minor accidents already and both she and the car came out of them just fine. This does not allay the other character's concerns.

I'm just worried the girl's going to get her license revoked by the end of the book.
Posted by Melissa at 9:20 PM 2 comments: Links to this post

It's Not a Hobby!

Someone I know recently referred to my writing as a hobby, as in, "Well, at least you've had a lot of fun lately working on your hobby."

You know the music that plays whenever the Bride in Kill Bill flips out?

Yeah, that's me, without the mad ninja skillz.

It may be a mental illness, it certainly is an obsession, it is not a hobby.
Posted by Melissa at 11:17 AM No comments: Links to this post

Since I promised you foster kitties... 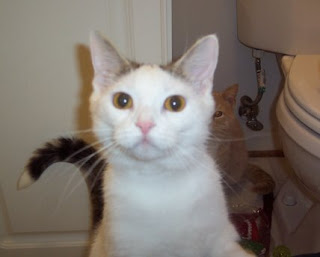 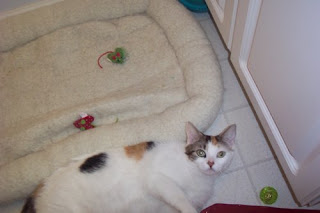 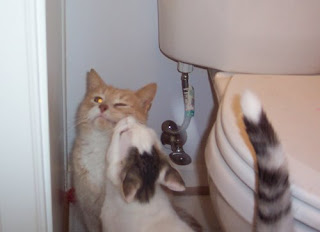 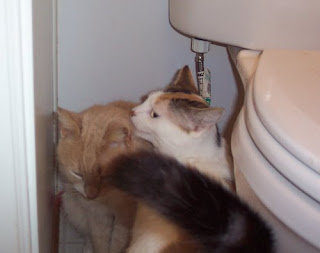 No, really. The girls really seem to adore him.

And last, but certainly not least... 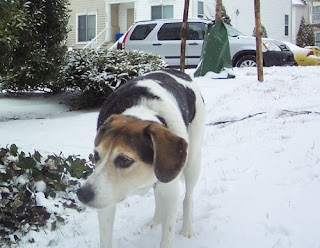 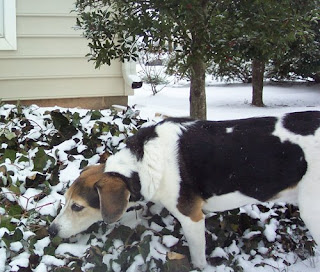 Things I Learn from Reality Shows

Watching Make Me a Supermodel last night, I had a realization. As the show likes to remind us, there are a lot of really good-looking people out there, but only a select few can be supermodels. They have to stand out from all the others through hard work, a good attitude, charisma, and a bit of luck. In other words, there are a lot of CJs in the modeling world, but you're going to have to be a Sandhurst to get noticed.

Same thing with writing. There are plenty of good writers out there, but you have to do more to stand out. Study hard, constantly work on your writing, stay positive, and with luck, hopefully get published one day.
Posted by Melissa at 10:36 AM 1 comment: Links to this post

First of all, did you see the winners of the Query Haiku Contest over at Colleen Lindsay's blog, did ya, did ya? Honorable mention, bay-bee! Yeah!!!!

Second, and wholly unrelated to writing, but my mother got the foster kitties that are living in my bathroom all these toy mice and pirate-themed cat toys. Arrrrr! I'll try to post photos of the kitties some time, they're quite adorable...and adoptable. If you live in the Washington DC metropolitan area and want a kitty, let me know!

But to the point, I've been lurking around lots of fellow writer's blogs lately and noticed that they like to put up the word counts of their WIPs, and this includes very successful published writers.

And I realized something...I don't do that. In fact, I have a feeling I shouldn't do that, because I'd become obsessed with how many words I've written instead of how far I am in the story and whether or not it's any good.

For better or for worse, I did this with Surviving Matewan. I just focused on trying to write a good story and didn't check the word count until I was done. Of course, I ended up with an 81,000 word manuscript, which is too long for YA/Middle Grade. Even more impressive, when I made another round of revisions aimed at reducing the word count, I ended up with 89,000 words. Check out my mad editing skillz! But still, my attitude is story first, word count second.

That works for me, it probably won't work for others. Once I have the story, I can shape it and tweak it until it's an acceptable length. Plus, I still have a bad habit of telling and not showing, so there's a lot of fat in that 89,000 (now down to 87,500) word manuscript that can be cut.

With Knights of Avalon, I've revised my strategy slightly. I still don't know what my word count is, but I've learned more about what's considered acceptable in different genres and have a word count target in mind (75,000). I also have a better feel now for when I'm going long and what my word count probably will be based on how many pages I've written. We'll see how that works. Right now, my main concern is with pacing and bringing together all these characters who are scattered about at the beginning of the story.
Posted by Melissa at 7:12 PM No comments: Links to this post

Ohaithere! Where have I been for the last week? Oh, ya know, writing, and writing...did I mention writing? A little obsessively. Sometime soon, I'll tell you the wicked crazy dreams I've been having from the viewpoint of one of my own characters. You know why this blog is called Surviving Writing a Book? Besides the fact that's it a play on the title of my first novel, Surviving Matewan? It's because when I get into writing, when I really get into writing, it starts to get a little crazy.

But that's a mental detour for another day. At this moment, I want to weigh in on a controversy, because I cannot ignore the siren song of controversy, it is like the siren song of Coke Slurpees and eventually I must succumb. On Thursday, March the Fifth, a group of agents liveblogged via Twitter the queries they were reading, lavishing special attention on the egregiously bad ones, and sometimes describing what the query sender did wrong. Much gnashing of teeth and rending of garments ensued, as some in the writing world suggested that those involved in #Queryfail day were great big meanies.

First of all, it is very upsetting to see two of my favorite agents, who shall go nameless, fighting. I didn't know agents could do that. It's like finding out Mrs. Claus took out a restraining order on Santa. And yes, I know I'm being naive. OK, I'm still naive. Heh!

Second, yeah, sometimes #queryfail went from informative and funny to mean and sometimes that made me uncomfortable. But as far as I'm concerned, criticism happens and as you develop as a writer and show your work to others, whether it be via blog, query or actual published book, you're going to be able to control the criticism you receive less and less. Get used to it now. If agents were posting entire queries and ruthlessly snarking on them, maybe I'd feel differently, but that's not what they were doing.

Now, on to the content of #queryfail, because this is really why I don't feel badly for most of those who were snarked upon. A perusal of the #queryfails reveal several patterns:

All the query senders with problems #1-3 (I'm not talking about #4, because that's a common mistake that anybody can make), they don't respect the craft, because there' s just no excuse to be making those sorts of mistakes. It's not an issue of lack of talent or newbie rawness, we're talking about having a modicum of basic common sense and cursory research here.

So no, I don't mind terribly if the agents snark on them, because they're wasting the agents' time, keeping them from getting to the queries of those people who've done their homework, and clearly don't take writing seriously, so why should anybody take them seriously?
Posted by Melissa at 8:17 PM 3 comments: Links to this post