It's almost that time of year again.

No, not the fruit. 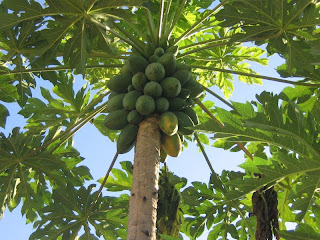 And this time, no hurricanes!

I don't know about you, but I find a lack of natural disasters at my author events to be a plus.

If you're anywhere near West Chester, PA, I'm hoping you can make it.  The event is tomorrow, August 25, from 12-4pm, with a writers' workshop (you must sign up ahead of time) from 10am-12pm.

I'll be attending the workshop with the opening pages from my latest, still-in-its-infancy, herpetologically-friendly manuscript, Beautiful Medusa.

My goal is not to injure myself.  Or anyone else.  Unlike, um, last time...

I hope to see some of you there!

In other news, remember that amazing class I took with rock-star author/agent/dairy farmer Mandy Hubbard and how you all were sad you couldn't have taken it too?  Well, like the Poltergeist, it's back.  "Writing and Selling the Young Adult Novel" starts September 20 and you can sign up now.  I really can't recommend the class enough.  Do it!
Posted by Melissa at 12:10 PM 4 comments: Links to this post 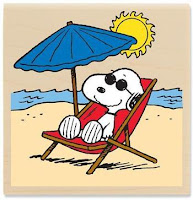 Remember how I mentioned I was taking a class, Writing and Selling the Young Adult Novel, taught by the incredibly talented Mandy Hubbard?  Well, I survived and it ended up being a great experience.  Made some new friends, met a whole bunch of amazing writers, and most importantly, I learned a lot.

First, I learned that I can work under a deadline.  I've talked about it before, but when it comes to writing, I channel the spirit of the turtle.  I don't do NaNoWriMo, I do NaNoSloMo.  It was a four-week class and for the first three weeks, we had to turn in 2,500 words every Friday.  That's approximately 10 pages, double-spaced.

Now I know plenty of people who can do 2,500 words in one day.  I've heard tales of some people being able to do that in a couple of hours.  Those people are cyborgs.  But I'm not that person, and that's OK.  The thing is, Beautiful Medusa is very much a work in progress.  As in, when I started the class, I had written 5 pages, and they were not good pages (you didn't have to have a completed manuscript to take the class, about a quarter of us had next to nothing when we started).  So while turning in 2,500 words once a week might not be a big deal to some, for me, it was terrifying.  I had to write it all pretty much from scratch and to make it worse, the way Beautiful Medusa is structured, most of the scenes I was afraid to write, the gut-wrenching scenes that utterly destroy the character, happen in the first few chapters.

In other words, it was a daunting task, but with a deadline hanging over me, somehow I got it done.  And by 'somehow,' I mean with the help of lots of caffeine and Noodles & Co.  I was worried the deadline would make me panic, but instead, it helped me focus.  I honestly believe it would've taken me months just to get up the courage to write those scenes, but I did it because I had to.


Second, I learned to slow down.  I've been trying to 'hook' my readers by immediately diving into the action.  I was also afraid I'd lose their attention if I got bogged down in too much description of what my character was going through.  In the immortal words of St. Lolcat, "Writing.  Ur doin' it wrong."  If you throw an action scene at your readers too early, yeah, you'll have stuff happening, but your readers won't be able to connect with the main character.  And if you skip what your character is feeling, readers won't ever be able to connect.  With the help of Mandy and my awesome critique group, I think I got better at exploring my character's emotions, while not going overboard, and doing it by showing, not telling.  What really gets me is that I love to delve into what my characters are feeling, but I was convinced my readers would get bored, so I cut it out.  Yes, I am silly.

There's so much other stuff I learned:  Tips on how to make characters more memorable.  What makes a really great opening, etc.  The good news is that I believe Mandy will be holding this class again in the fall, so if you were interested and missed it the first time, you'll have another chance.  I'd highly recommend it.

Posted by Melissa at 7:59 PM 4 comments: Links to this post

Labels: Beautiful Medusa, On Writing, Way of the Turtle

You Haven't Gotten Rid of Me Yet

I'm sorry for yet another lengthy absence.  I admit, I've been in a blogging funk.  I had the time, just not the energy or inclination to blog.  The good news is that this funk hasn't extended to anything else.  Since finishing my latest revision of Knights of Avalon in December, I've been busy with a bunch of things:

Reading:  OK, well, I've been trying to read.  I've self-diagnosed myself with literary ADD.  I'll be reading a book I love and then...SQUIRREL!  I don't have a TBR pile, I have a TBF (To Be Finished) pile.  It took me six months to get through Catching Fire.  It's bad, y'all. 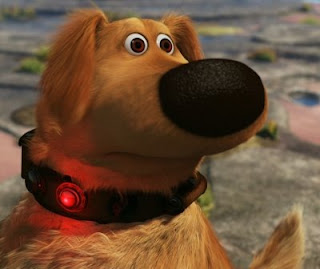 I'm happy to say I actually finished Watersmeet and thoroughly enjoyed it.  Next up is Falling Under and then maybe Thief's Covenant, Witch Eyes, or Born Wicked.

Writing:  I'm still querying Knights of Avalon.  To distract myself while I query, because querying isn't stressful, nuh-uh, I've started work on my next project:  Beautiful Medusa.  It's about Medusa, as the hero.  And yes, she still turns people into stone and has snakes for hair.  That's so inconvenient for her.  I've also signed up for this class  ------> Writing and Selling the Young Adult Novel, taught by the insanely talented Mandy Hubbard.  I've done workshops and attended panels in the past, but I'm pretty much self-taught and I'm hoping a class will help me with some of my problems with characterization and connecting with readers.

Besides that, I've embarked on an epic quest to tame the roving hordes of dust bunnies living in my house and have been juggling rescue cats like someone straight out of Cirque du Soleil.

And while I haven't been blogging, I have been attending author events, so keep an eye out for contests in the near future.  I've been hoarding signed books and it's time to get rid of them!
Posted by Melissa at 4:42 PM 1 comment: Links to this post

Dear Mom, My Name Is Not Beth Revis

Last year, I got my mother a copy of Beth Revis' Across the Universe. I knew mom would love it. She adores spaceships and sci-fi and when I met Beth during last year's Breathless Reads tour, I got the sense that she and my mom were on the same wavelength, so to speak.

I handed the book to mom and her face lit up. I was thrilled to see her so happy. She looked up at me. "Did you...did you write this?"

My face fell. I pointed towards the cover. "Is my name Beth Revis?"

Mom thought it over for a bit. "But what if that's your pen name? And you didn't tell me you had gotten a book deal because you wanted to surprise me."

I sighed. This wasn't the first time this had happened. The year before, mom had convinced herself that I was Kelly Gay, because apparently our writing styles are similar. "If I ever get a book deal, you'll know, because I'll be the one running up and down the street in my pajamas, screaming, 'Oh my God! Oh my God! I got a book deal!' Trust me on this, you'll know when it happens."

This is Beth Revis, awesome author of Across the Universe and A Million Suns. She likes Futurama, Firefly, and things that explode. She also had this freaky painting in her hotel room the other night that looked like a bunch of carnivorous Pikachu on valium, which you can see here. 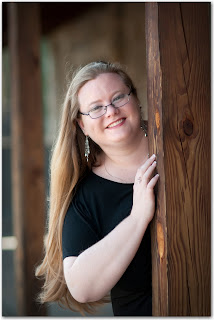 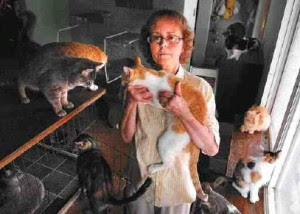 OK, maybe this is me: 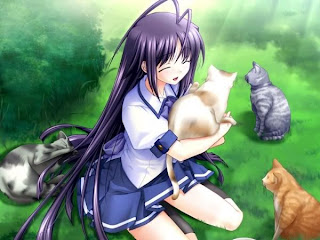 The point is: Despite our mutual love of Firefly, you'll notice we are not the same person.

As it turns out, Beth is going to be doing a signing in my area tomorrow. I wanted to bring mom with me, to prove I'm not Beth Revis so mom could meet one of her favorite authors in person. Unfortunately, mom's really into eating and paying her bills and had to work instead. I'm still going though! Besides Beth, Andrea Cremer, Marie Lu, and Jessica Spotswood will be there. I'll be sure to get books signed and have a giveaway.

As always, if you have anything in particular you'd like me to get, let me know in the comments.
Posted by Melissa at 12:51 PM 4 comments: Links to this post

...I get easily distracted by them.

Second, I finished my latest round of revisions for Knights of Avalon. It only took me over a year. I actually finished about a month ago, but then the holidays happened, and free time was not happening.

Now that I'm done and the mss. is out with my beta readers, I desperately need to busy myself with something else. Because when you're waiting for your beta readers to get back to you, it's like this: 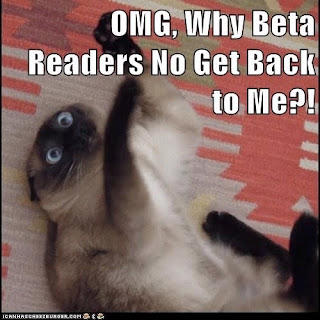 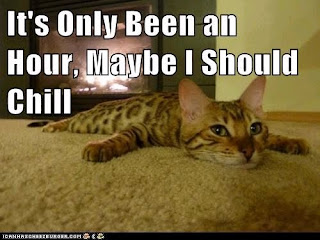 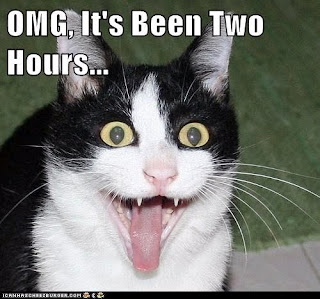 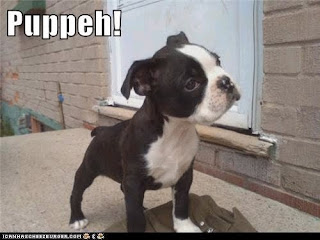 Yes, I need to chill and just enjoy the puppehs. While I wait, I'm also going to try and update this blog and maybe do a giveaway. Is there any book in particular you'd like me to give away? I take requests! I love to get things for people. I live around the DC area, so if you know of an author headed my way, I can get books signed and hold a contest.

The always awesome James of Book Chic Club has put together a list of Mid-Atlantic book signings and events. Check the list out. If you see something on there that you want, let me know and I will do my best to get it and have a contest. I want to get you all books! Let me get you books!

Also, the Internet Famous Intern (IFI) has drawn a picture (several, in fact) of Justine, my MC from Knights of Avalon. That's my girl! In stick-figure form. I love it.

Posted by Melissa at 2:41 PM 2 comments: Links to this post