In honor of #Queryfail, #QueryDay, #Querypalooza, I was seriously tempted to write up some appallingly atrocious queries and send them to agents for a good giggle. Then I realized that I'd really like to be working with these people one day, and that perhaps it might not be a good idea to find creative ways to annoy them, so instead, I shall post my appallingly atrocious queries on my blog!

**Warning**
Fake Query Ahead. Keep out of reach of agents, LOLcats, and small children. Do not attempt at home. No literary classics were harmed in the making of this query. OK, maybe one, but Jane Austen's ghost must be used to it by now.

I'm your biggest fan. But not like that Kathy Bates chick from Misery. No, if you ever crashed on an isolated country road in the middle of winter and broke your leg, I totally would not kidnap you and force you to read my submissions. I'd be a much more considerate client than that.

As your biggest fan (but not like Kathy Bates!), I am submitting to you my Historical Romantic Thriller Epic Pride and Prejudice and Ninjas. It's about Pride and Prejudice, and ninjas. As it combines two subjects extremely popular in the market at this time, Jane Austen, and ninjas, I feel assured that it will be a Number One New York Times Bestseller within a week of you taking me on as your client. In addition, if you take me on as a client, my book will be so amazingly awesome that all the other agents will be jealous of you and Michael Chabon AND Cormac McCarthy will want you to be their agent. It's true. 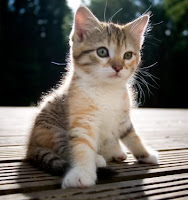 As mentioned before, my book is about Pride and Prejudice, and ninjas. As sisters Elizabeth and Jane Bennet prepare with eager anticipation for their wedding day, Jane is kidnapped by strange, shadowy figures dressed most scandalously in black pyjamas. Darcy and Elizabeth, with the help of Sherlock Holmes, must investigate her disappearance, but to their surprise, find Bingley strangely reticent to aid them in their search.

The black pyjamaed-figures then return, attempting to assassinate Mr. Bingley with poisoned shuriken, but Elizabeth Bennet's flying fists of fury save the day and Bingley's most shocking secret is finally revealed: He is indeed a businessman, but he doesn't exactly get his 4,000 pounds of yearly income from selling tea and crumpets. As a member of a shadowy organization devoted to world domination run by Napoleon himself, Bingley partners with the Dutch to smuggle black market weapons to the Nagasaki yakuza. When a giant squid sinks one of the smuggling ships, the partnership goes sour and the Ninja are sent to eliminate Bingley once and for all.

It's as this point that Darcy reveals himself to be a member of the League of Extraordinarily Hot Gentlemen, an even secreter, more super organization devoted to battling Napoleon's evil designs. Darcy's assignment all along has been to watch Mr. Bingley and infiltrate the 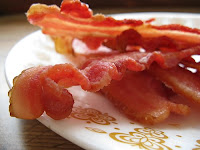 organization. Putting aside their differences to rescue Jane, Bingley and Darcy, along with Elizabeth, storm the ninjas' secret lair in the heart of Cheapside, only to find that the ninjas have put Jane on a ship bound for Japan.

It's Adventure on the High Seas as Darcy borrows a navy vessel from Admiral Horatio Nelson and takes off in hot pursuit. But just as he and Bingley and Elizabeth draw near, they're attacked by a pirate ship captained by none other than the villainous Mr. Wickham, who has already been bankrupted by Lydia despite his officer's commission in the North.

Having recently participated in your Agent for a Day contest, I feel that I am now well-qualified to declare that my novel is the best ever and will be more popular than Twilight, Harry Potter, and Jesus combined. I'll be waiting by the phone for your offer of representation.

PS-I've interspersed my query with photos of bacon and kittens, because bacon makes everything better and kittens make my query memorable.