The PAYA Chronicles: The Alligator Duck Stalks at Midnight

PAYA, like many a gem, was hidden away amongst a collection of paint stores, construction firms, and automotive supply centers. Thankfully, there was a sign... 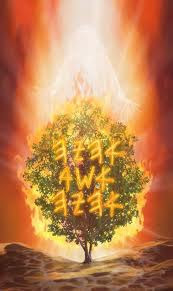 No, not like that. But there was one colorful sign that told us we had made it to our destination.

PAYA was being held at West Chester's Center for Performing and Fine Arts, which meant as we waited for the Listening and Critique Workshop to begin, and as I tried not to freak out, we were able to enjoy the art on display. There were a couple of pieces that stood out to me, but strangely enough, the one I remember most was a drawing that said, "A is for Alligator Duck." Apparently alligator ducks have big, fearsome teeth, so if you run into one in your neighborhood, best to run the other way.

The workshop started right on time with six incredible authors: Amy Brecount White (Forget-Her-Nots), Jon Skovron (Struts and Frets), Josh Berk (The Dark Days of Hamburger Halpin), Stephanie Kuehnert (Ballads of Suburbia), Jeri Smith-Ready (Shade), and Shannon Delany (13 to Life). The gathering was intimate, which is my way of saying there were about seven people in attendance, including Aine, who was allowed to tag along, since she had woken up at 5am to get my late-waking butt there on time.

Six talented authors, seven attendees. I don't think I'll ever have such an incredible opportunity again. It started with each author speaking on an aspect of the writing process:


Not bad advice, huh? Next up, the Critique, and how I almost gave myself a concussion in the process (because I'm smooth like that).
Posted by Melissa at 4:41 PM