The Edits Are Done, Long Live the Edits

Edits. They're like the circle of life. You get one set done, only to start anew on another round, the manuscript hopefully a little better, a little more polished, than its previous incarnation.


We're talking some major edits here. And now that I've finished those edits...I'm going to do some more! Most of it is clean-up work, correcting typos, adding a couple of extra sentences of description here and there, but I still have one serious problem I haven't fixed: My first three chapters just aren't working. They're by far the weakest part of the story.

This is, to put it mildly, problematic. Because we aren't timelords, and we tend to travel through time in a linear fashion, we read books from start to finish. Oddly enough, so do agents, meaning that they're seeing the worst of my work, not the best of it. To put it another way, it's like telling someone that the delicious-looking chocolate sundae with the cherry on top only starts tasting good once you've had about three or four bites. 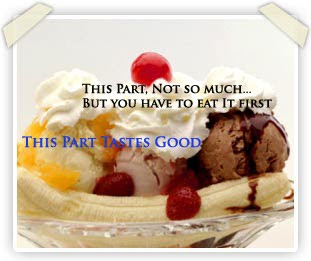 You can see the offending chapters below. For the most part, I think the pacing and the action are fine. It's how Justine, the main character, comes off that's the issue. She's not supposed to be the most likeable person, she doesn't care much about other people's feelings, she's argumentative and headstrong, but that's how I want her to be. I think that's how she needs to be to survive everything she's going to face. I adore her, but I have to find a way to show the readers why I think she's so great and most importantly, why they should care about her.

Labels: Knights of Avalon, On Writing