The wonderful Rebecca Enzor, whose books I fully expect to see at my local B&N one day, has kindly tagged me for the My Writing Process Blog Tour.  Or as I like to think of it, "The Caffeine and Chocolate Tour."  I think it's pretty self-explanatory, so away we go!

If you follow this blog or have seen my anguished gnashing of teeth on Twitter, you know I've always had a problem with 'voice' and 'connection' and that's a very difficult issue to fix.  What drives me mad (madder than a Targaryen) is that I've written several stories now, and the problem isn't getting any better.  And the criticism is spot on.  I KNOW it's missing.

After getting the dreaded 'lack of voice' feedback in the last contest I entered, I took a couple of months off to see if I could fix the problem.  You know, without tricking a certain red-headed mermaid.

I have a plan of attack now and if it works, I'll let you all know.  I love my Beautiful Medusa story, love it dearly, and I'm going to try to re-write it to finally get that voice I've been searching for.  It probably won't work, but I want to make an attempt.

2. How does my work differ from others of its genre?

My work doesn't have voice and other people's stories do?

I like to mess with people's expectations and I think that makes my stories different from what else is out there.  If you ever see a character in one of my books named Darla Dogooder who spends her time rescuing sweet forest animals, rest assured she's a mass murderer.

In Beautiful Medusa, Medusa is the hero and Perseus and Athena are the villains.  Another character in the book, Echidna, eats people (mmmmm, villager sandwich), yet she'd risk her life to keep Medusa safe.  That's another feature of my writing, I suppose, I tend toward grays rather than black and white, straight good and evil.

Because it makes me happy.

Because I have to.

I caaaan't stop.  I have a writing addiction.

Once a story idea gets ahold of me,  I have to get it out.  If I don't, it becomes unbearable.

For Beautiful Medusa, the original myth enraged me so much, I wanted to redeem a character who I felt had been terribly wronged (as told by Ovid, Medusa was turned into a horrible snake monster because she was raped by Poseidon in Athena's temple.  That's it.  THAT'S IT.  Even worse, after she's turned into a monster, Medusa runs away so that she won't hurt anyone and Perseus HUNTS HER DOWN. Why is he the hero?!).

I also wanted to explore why Athena punished Medusa in the first place.  That fascinated me and there's no easy answers there.

4. How does my writing process work?

I write slow.  The turtle is my spirit animal.  The three-toed sloth is the wind beneath my wings.  Snails wave to me as they zip on by.


I'm OK with writing slow.  As long as I get there and am proud of the result, who cares how long it takes?

Part of the reason why I'm so slow is that I'm an epic Pantser.  Sometimes people ask me questions, like:  "How does this chapter end?" or "What happens on the next page?"  Those questions are always greeted with this: 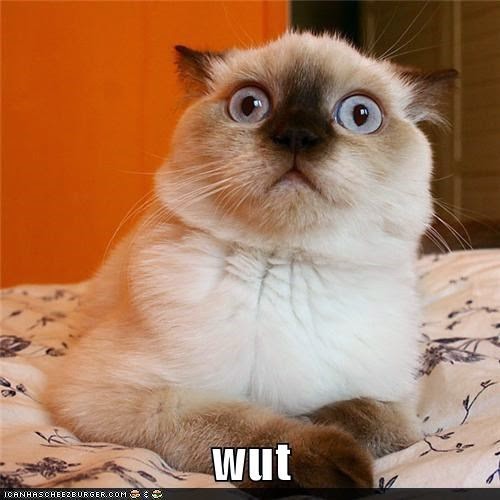 I have no idea.  I write strictly linear and let the plot develop organically.  I go wherever the characters want me to go.  I do have images in my head, and if I can work them in, great, and if I can't, then that's OK too.  For example, from the start, I've pictured Medusa riding the Pegasus and landing dramatically in front of her friends to save the day.  And luckily for me, everything came together and I got to include that in a scene!  Woohoo!

But I also had a very specific idea of how Prometheus and Medusa would first meet (it was inspired by Nick Fury and the Avengers) and I had to give up on that, because it just didn't mesh with the direction the story had taken.

There you go.  That's my writing process.  Slow and steady, largely improvised, and aided by chocolate and caffeine.

I now tag the lovely and talented Maria D'Isidoro.  Check out her site!  She can also tell you all about her exciting news.
Posted by Melissa at 11:40 PM