Hello lovely people! (and you really are lovely, I can't tell you all how many times I've been bummed out over the last few months and someone's kind comment on the blog or on Twitter has cheered me up) I've been querying for three months now and here are my stats:
Now I know this is a subjective business, but with five rejections, that tells me something isn't working quite right with the book. I've been complimented on how strong my writing is, the agents like the premise and once I tweaked some pacing issues, they've been very positive on that too.

What no one has said one good thing about is the main character herself and one agent told me that she couldn't connect with Justine (my MC). I love my MC, I think she's 32 flavors and then some, but that awesome person living in my head isn't translating to the page, so I've got to find a way to fix that.

Based on feedback, I also suspect that the latter half of my book is stronger than the beginning part. I think this is the case because the further along an agent has read, the more complimentary they've been, and one of my beta readers (OK, my Mom..who btw, HATES Knights of Avalon) told me that the first fifteen pages after the prologue were much weaker than the rest of the book. Weaker beginning + inability to connect with MC = Rejection.

The thing is, this isn't an easy problem to fix. It's not like bad punctuation or a plot hole, it's something that's almost intangible. One of those things that you either have or you don't.

But I have a plan. The plan does not involve ferrets. No, it involves the following: Over the next day or so, I'm going to post the first few chapters of the manuscript up on the blog. If you'd like, please give me your thoughts, good and bad, on the writing and specifically, on the main character. Do you connect with her? If not, why?

Next, it's been suggested to me that I switch the novel over to first person, that this might allow readers to identify more with the MC. I think I'll test this out on a few chapters and once I've done that (it'll probably take me a few days, at least), post those chapters up on the blog too to get everyone's feedback. Again, thanks for all your help. You guys have helped keep me sane, or if nothing else, from going any crazier than I already am. :) 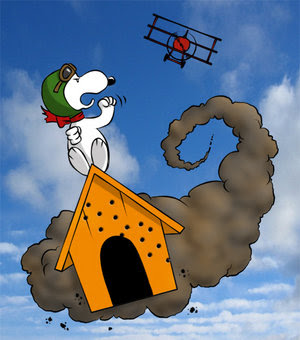